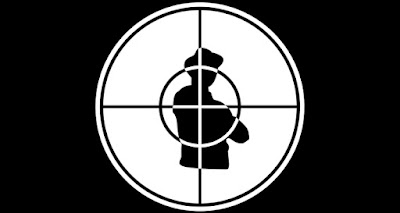 What if it were me? What if you heard that I was unarmed and I died at the hands of a policeman. How would you feel? More importantly, how would you react? I would hope that you would want to bring those who took my life to justice! Would you be mad...sad...angry...hurt...or all of the above? What would you say to my family? How would you honor my death?

These questions are rhetorical but here's my point...you don't know what you would do because it has not happened. I would want you...because YOU are reading this...to do EVERYTHING in your power to bring justice to my killers. While I would never defend the actions of those who burn things and riot for no real reason, the voice of those who feel oppressed and ignored will never remain silent.


I would expect you to do what you have to do to get justice...the right way...BY ANY MEANS NECESSARY.


I posted this on my Facebook page 4 years ago. I still feel the same way. I'm tired of seeing unarmed United States citizens being gunned down and their killers walking freely.
Posted by 12kyle at 12:12:00 AM No comments:

you've got the answers 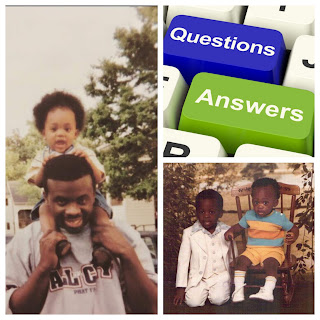 Kameron walked into the room the other day. He looked at me and asked...

"Dad, when was Pearl Harbor?"

I paused. Then answered

"I just wanted to see if you knew."

Then he walked out of the room.

I found the question to be weird. I wasn't talking about Pearl Harbor with him or anything. It was just a random question that seemed to come from left field. He knows that I'm a history buff. But I'm an even bigger fan of geography. That was my favorite subject when I was in high school. Even though the question was a surprise, it wasn't abnormal.

One of the things that we do from time to time in my house is...we watch Jeopardy together. We watch and try to guess the answers. When we watch, I try my best to answer the questions as quickly as I can. I try to answer before the kids do. I'll admit...I get a few right. The kids almost always seem to be impressed with me getting the answers correct. For some reason, they think I know all of the answers.

But history has a way of repeating itself.

When I was a kid, I'd watch Jeopardy and my dad would get a LOT of the answers correct. It was amazing. Away from the show, I could ask him any question...and he knew the answer. It didn't matter if it was about history or just about life. He had all the answers. I remember I'd ask him what a word meant...or how to spell a word. His response would always be the same... "Look it up." There was no internet in the 80s so when I had to look something up, it meant that I had to look it up in the dictionary. The reason why both he and my mother would encourage me to "look it up" was because if you take the time to search for something...when you find what it is...you're not likely to forget it. That always stuck with me. As much as I'd hate to "look" for stuff, it made a difference. And it also answered a lot of questions.

I've adopted that same theory with my kids. Sometimes I will answer their questions. Then there are times where I will tell them to "look it up". They don't need the dictionary. They have Google. I'm sure in my kids eyes...I have all of the answers. They probably view me the same way that I view my parents. Even to this day, it seems like they have all of the answers. 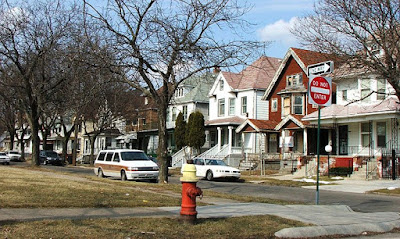 I stopped by the old neighborhood last week...

I hadn't been in awhile.

Instead of just driving by...I stopped...got out of the car...and walked around.

There were a lot of great memories of the neighborhood. Honestly, when I came to the neighborhood...things were a lot more simple. Life was more simple in a lot of ways. I remember when I moved in. This was late 2007. I didn’t know what to make of the neighborhood when I got there. I didn’t know much about it. I was the new kid on the block...literally. It was a cool neighborhood. I was just happy to be there. I remember when Lisa encouraged me to move in. I was excited. I can’t lie. One of my first memories of the neighborhood was that everybody was very friendly to me. They’d stop by my spot and check me out and chat. And i would return the favor. Every house in the neighborhood was different and the people were different. As much as we were all different, we shared a lot of commonalities. Kindred spirits. We understood each other. It was a cool vibe. Everyday brought something different. It was a great time. Every now and then, some drama would pop off. But it wasn’t that major. Things always seem to work themselves out. In fact, unbeknownst to, some of the people in the neighborhood used to "kick it". Different people. That was cool with me because I was usually the last to know "the scoop" and I really didn’t care because I always mind my business. Nonetheless, the neighborhood was the place to be for the next 3-4 yrs.

When I look back on that time, I am amazed at how much so many of us grew. I saw people grow personally and professionally. Some got married. Some had kids. Some made great strides in overcoming their past. I was genuinely happy for everybody. And I think everyone was happy for me as i grew professionally, personally, and my family grew. 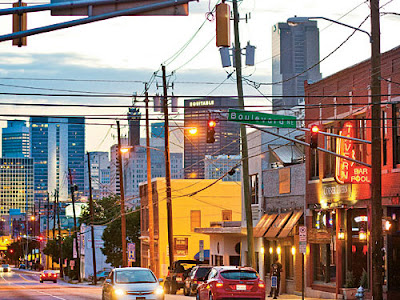 Somewhere around 2011-2012...things started to change. We didn’t realize it at the time but the neighborhood was headed for gentrification. Looking back, it was pretty clear. There was a shift. The old neighborhood didn't look the same. One by one...folks started to move out of the neighborhood. The big lights and excitement of the suburbs were calling. I didn't understand why some would want to leave at first. Actually, i did. I just didn't want to accept it. This was our community. Why would you want to leave? We built this. This is ours. But the reality, the neighborhood was changing...even before people began to leave.


It became pretty clear...the suburbs offered a bigger space and bigger opportunities. In the suburbs, there was a bigger platform. You could reach more people and be seen by more people. Honestly, who wouldn't want more visibility? While it wasn't something that we craved, the idea of it was definitely appealing. Ultimately, I caved in...just like everybody in the old neighborhood. The move was cool initially. One of the reasons why it was cool was because of the interactions that I was still having with the folks from the old neighborhood. This was still a fun time. 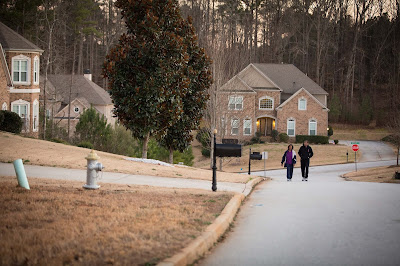 And then the fun changed 2 years later.

Something happened...EVERYBODY showed up to the suburbs

Just imagine being able to kick it in a really cool place and then a crowd of people who you don't know show up. And they never leave. Keep in mind, most of these people...you don't know. The influx of people meant that you had more people to interact with who could get to know you. At the same time, we lost that sense of community from the old neighborhood. The gift and the curse. The game changed. One day I stepped on my deck and gazed into my backyard.

"In between these posts, life happens. And you've gotta deal with life."

Back to my trip last week. I walked around. It felt good to see Robyn in the old neighborhood. She ain't changed. She's still dope. I saw the homie, Keith. He's still doing his thing. And of course...I see Lee. She's still doing what an Old Girl does. LOL. I even noticed that my homegirl, Q, bought a new spot. She didn't tell me about it but I found it anyway. Before I left, I stopped by Nikki's old house. I never got a chance to meet her face to face. But Nikki was one of the coolest people from Atlanta. It's hard to believe this summer will be 10 years since she passed away. I remember she was in the hospital and I asked her if she wanted me to bring her something. And without hesitation, she said "bring me some wings and some beer...the football game is about to come on."

After walking around, I realized that this was home. And it's always good to home. You don't need to explain anything to the people at home. They understand. They know who you are and what you're about. While the old neighborhood will never be the same, it's ok. It's home. And you're always welcome at home with love and opened arms.

It feels good to be back...