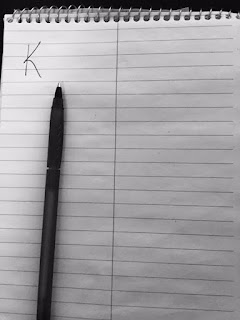 She tried really hard to make her relationship work

She was captivated by visions of love, marriage, and kids

Bound by confusion and grappled with fear

She made up her mind that she had shed her last tear.

It was a dud. And it was at that moment that she became alarmed.

She realized that she had lost that friend

You know that friend...the one who was always around to hear her cries

But for him, there was no real attraction in her eyes.

She knew that he liked her despite her mistakes

But when she made her final call to him...it was too late

Her anger in his "disappearance" was something she couldn't understand 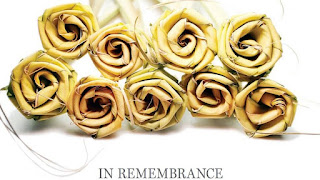 Nine beautiful lives taken away from us in a rage of hate and terror.

Tonight, we'll talk about it. 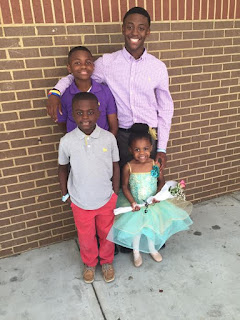 I have often said that one of the great things about having this blog is that people can read it and get to know how you feel about things. I think one of the reasons why I've kept the blog and haven't deleted it is that I want my kids to read it and gain a different perspective as how their father saw the world through his eyes. Honestly, they know this blog exists but I don't think they've read much of it. But that's cool. One day they will.

Tomorrow is Father's Day. It's a special day for me because it's a day that I celebrate because of THEM. My children. Instead of writing a post about something random or silly, I decided to write this open letter to them...


My first born! You were the first to make me a father. I still remember the day that you came into this world. It seems like it was yesterday. I remember standing in the delivery room and looking at you with amazement. You had only been on this earth for a few minutes before you urinated on the doctor who was trying to weigh you. The doctor smiled at us and said "Well...we know that part works." You and I are alike in a lot of ways. I have told you since you were a baby to always be a leader...not a follower. You are a great leader and I truly feel that you were put on this earth to be a leader. Am I hard on you? Yes! But it's only because I want you to see the greatness that is within you. The sky is the limit for you. As you move forward in life, you'll realize the lessons that I'm teaching will take you far in life. You're father is pretty smart...but you already know that by now. I am proud of the young man that you have become. I love you!


You are...by far...the most talented child. And that's no knock on your siblings...because everybody has multiple talents. You just have more. Anybody that has ever been around you will tell you that. I've found over time that you can be extremely shy around unfamiliar faces and the life of the party around friends and family. I am like that, too. It's not always easy being someone's little brother and someone's big brother...but you've done it well. Your mother and I realized a long time ago that when Kameron wants to do something, he's going to do it on his terms. That's what makes you who you are. Keep being who you are and keep shining! I am proud of the young man that you have become. I love you! 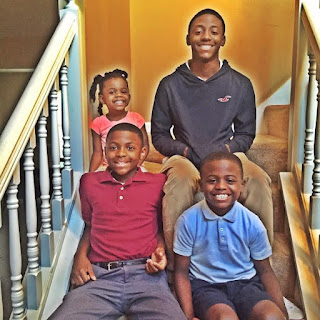 
You are the star of our family! There's no doubt about it. I've never seen a kid this young be so cool! I WISH that I was as cool as you were when I was your age. I was cool but not like you. I've never seen a child so competitive and driven to be the best and win at everything! It's a rare gift. You and I look alike and our birthdays are only separated by a day. And maybe that's the way it was supposed to be. I can't imagine how it feels being the baby boy...but you are no baby. You don't walk in your brothers shadows. You've created your own trail and I like that. Most kids are fearful when it comes to performing in front of an audience. You...you seem to relish in that spotlight. Sometimes I look at you and think to myself..."Is that really MY kid?" Of course you are! And I wouldn't have it any other way! I am proud of the young man that you have become. I love you!


Where do I start? I never envisioned having a daughter. Even when I was a kid, I knew one day I'd get married and have a son. I never thought about having a daughter. Words can't describe how I feel about you. You and I have a very special bond. My friends told me that a little girl would make melt like ice cream. And I've been melting ever since the day that you got here. Our relationship grows each day. To say that I have spoiled you is an understatement. You've learned how to use those big brown puppy dog eyes to get what you want from me. As much as I want to say no...I can't. Sometimes I look at you and I don't want you to get older. Getting older means that one day you will...want to wear make up, want to wear something that I might not like...like boys and want boys to like you back...be approached to do something that you know isn't right. It'll be those moments when you'll hear a voice in your head say..."I can't do that. My Daddy would KILL ME!!!" Simply put, you are a "Daddy's girl" and that will never change! I am proud of the little lady that you have become. I love you! 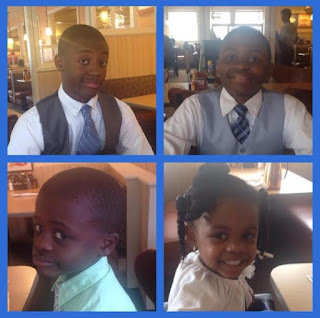 I know I can be difficult at times. Sometimes I'm James Evans...then I'm Cliff Huxtable. But I'm preparing you for this world that you'll have to live in. Being a father to the 4 of you is something that I take very seriously. It's the most rewarding job that I will ever have. It's a job that I can't afford to fail at...and I won't. Your grandparents have set a high standard for me to follow in becoming what I think a parent should be. If I can become half the parent that they are...I'll be fine.

Right after Deion was born, your grandfather gave me words that I will always remember.

There are 3 things that you must give your child...LOVE, DISCIPLINE, and an EXAMPLE to follow. I will continue to do that until they throw dirt on me. I thank God for loaning you to me!

the gunshot that changed my life...

Every time the calendar hits June...most people think of the end of school...summer vacations...hot weather...and cookouts

I think of those things, too. But one of my first thoughts is about one particular June

It was the last day of school. I was about to complete my sophomore year of high school at Wilson High. It was a typical morning in our house. Everybody was asleep except me and my cousin, Eric. He too was finishing his sophomore year. We had just finished eating breakfast and were about to leave for school. Since it only took us 3 minutes to get to Wilson, we weren't in a rush. I told him that I had to go back upstairs to my room to get a book. I got the book and came back downstairs. When I got downstairs, I saw Eric holding a black gun. I stopped. I said "what are you doing with that?" I knew where he got the gun from.

The gun belonged to my aunt. Apparently, she was cleaning the gun the night before and had left it out. She kept it in a black bag. The bag looked like a small purse. I had seen the bag many times but it was always in her room. That day, the black bag was on the floor in our living room.

Eric was waving the gun and pointing it. He was pointing it like a little kid would point his toy pistol. Then he pointed it at me. I ducked and said...

"Chill man. I took the clip out." he replied

That calmed me for a second. By now, my curiosity was getting the best of me. I wanted the gun.

He pointed the barrel downward and handed me the gun. I grabbed it and immediately felt empowered. I had never SEEN a gun before and now I was holding it. I found myself doing the same thing that Eric was doing...pointing it like a little kid. I was pointing it at objects in the house and acting as if I was shooting it. While I never intended to point it at Eric, he was in the room with me. Then it happened...

We didn't know anything about the bullet in the chamber. By this time, I'm scrambling. I know that I have to hide the gun because my mom, aunt, and uncle will be awake any minute now. I almost put it in my waste band but the barrel was too hot and I couldn't run the risk of shooting myself (even though there were no bullets). I decided to put the gun back in the black bag. By this time, my aunt and my mom run into the room asking what happened. At this time, me and Eric did what any other red blooded American kid would do...

We said the gun "went off" from the bag. Looking back on it, we didn't know how dumb that sounded. The bag was on the floor where my aunt had left it. Logistically, there's no way the gun could have fired high enough to go OVER the tv from the floor. We managed to get out of the house with that lie and head off to school. The plan was to stick with that lie once we got home but we eventually caved in and told the truth. It wasn't like we had any other options.

The punishment was "house arrest". We couldn't talk on the phone nor go outside for the rest of the summer. It was horrible. It was the longest summer of my life. While I can laugh today at firing a loaded gun in my house, the reality is that I could have died that day. I could have killed Eric. The guilt of what COULD have happened that day haunted me for a long time. Honestly, I changed that day. I became a person who cared more about life. My whole outlook changed. I got even more serious about school and my first love (football). On a day that I could have died...I was reborn. Simple put...it was the gunshot that changed my life.
Posted by 12kyle at 12:00:00 AM 3 comments: