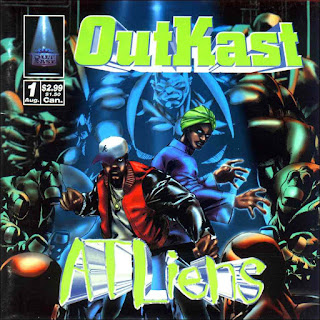 1996 was an incredible year for hip hop. On August 27, 1996...OutKast dropped their second album, ATLiens. On this episode of the 12kyle Podcast, we discuss the history and the relevance of this album. This was one of the best albums made by Andre 3000 and Big Boi. Listen and let us know your thoughts 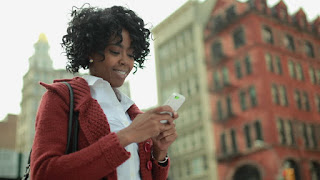 I found this article on a website about cell phones. Very interesting. Do you fall under any of these categories? Are you a phone jerk?
1. Multitasking While Driving

Nothing about driving disturbs me more than when people text and drive. It's dangerous and inconsiderate and costs the lives of far too many innocent people each year. Studies says that texting (or being otherwise engrossed in your iPhone) is equivalent to driving drunk, and I believe it.

The most dangerous thing is the people who do it so often that they are overly confident in their abilities to do it "safely." Overconfidence is a killer when it comes to surfing your iPhone and driving. And it's not as if it's the rare person who uses their phone while driving. I'll sit at an intersection and watch the cars drive by, and in many cases, most of the drivers that speed obliviously past are in some way actively and visibly preoccupied with their smartphones. Smartphones are becoming a leading cause of auto accidents and we can all practice being more considerate and safe by not driving while preoccupied with our iPhones.

2. Using Your iPhone at Movie Theaters, Weddings, and Funerals

Certain situations are just not appropriate for having your head buried in your smartphone. Movies, weddings, and funerals top the list, and you can add churches, synagogues, and other religious institutions to the list if so inclined. These are the kinds of places that, despite your innocent intentions, you are likely to frowned upon and possibly even called out for using your device.

You're especially likely to have someone say something to you in a theater, where the darkened environment is an important part of the ambiance and a cell phone screen lighting up the room can spoil the moment. If you must use your phone in a theater, be discreet; put your jacket over your shoulder and hide your phone at your side when you use it, and don't try to do a bunch of texting or emailing in the dark.

3. Taking Pictures and Videos of Everything

Not everyone wants to be caught on film, and not everyone appreciates your efforts to capture every moment on video or photo. If you want to capture the moment, sometimes video is more discreet, whereas asking people to freeze and pose for stills can sometimes be the most distracting and disruptive thing you can do. Remember, you can always go back to a discreetly filmed video and take screenshots of still images. If you can't resist taking a lot of pictures of people and events all the time, at least keep your camera shutter sound on mute if you don't want to drive people crazy.

4. Being an Information Addict

This one also fits me to a T. If anyone says something that I find interesting, I'm going to want Google it. And if someone says something I question the veracity or authenticity of, you better believe I'll be wanting to hop on my iPhone to search for reference. In fact, Siri and I are a great team when it comes to investigating and questioning the accuracy of any statement. However, not everyone appreciates this trait. In fact, it can be perceived as downright annoying and obnoxious. Unless someone asks you a specific question, I'd advise refraining from jumping on your iPhone to fact-check every chance you get.

5. Checking Out While You're Checked Out

Whether you work as a cashier or you are in line and it's your turn to have your goods rung up, it's not just polite to not be on your smartphone, but it's considerate too, as it keeps the line moving efficiently. So often I'll observe people with their heads down, wrapped up in something on their iPhone, oblivious to the fact that cashier is waiting for them, and then they have to fumble for their wallet, rather than being prepared for the inevitable fact that they are expected to be paying for their goods now.

6. Spending Family Time with Your iPhone Out

When you are around friends and family it's tempting not to be absorbed in your iPhone; after all, these are the people you are likely most comfortable around. But at the end of the day, moments with loved ones are precious and all too fleeting. When you are spending time with people who are important to you, show them you care by not being preoccupied with your iPhone or iPad. This may seem self evident, but if you're the parent of a teenager, then you probably already know how hard it is to convince your kids to take their eyes off their devices. And as any psychologist will tell you, kids learn from the adults in their lives, and that includes their smartphone habits.

7. Not Speaking to Your Audience

Avoid "SMS talk" (abbreviations like brb, smh, ttyl, etc.) when communicating with folks who you aren't certain will understand it. It can be perceived as disrespectful since you are, in essence, speaking in a different language and assuming they'll understand, when in reality, they may have no idea what you are saying. This is especially true for younger folks communicating with older folks. It's a good practice to communicate in a way that the person you are communicating with can understand without having to ask Siri for translation.

8. Not Double Checking Before Sending

Do you have the right recipient in the address bar? Nothing can be potentially more embarrassing than sending an email or text to the wrong person.

Also, use your spell check for both spelling AND grammar; people shouldn't have to struggle to decipher what you really meant, especially when you are the obvious victim of autocorrect. Not to mention proper spelling and grammar are definitely important in professional and academic situations.

If your iPhone is set to notify senders when you read their messages, try to reply in a timely fashion. If replying quickly isn't your style, you may want to consider turning off that feature in general settings or using 3D Touch to avoid triggering a read receipt. Regardless, even if you turn off your notify sender when read feature, it's still good form to reply as promptly as possible. Just because the days of phone calls and voice mails are becoming history doesn't mean that punctual response times are any less important or appreciated.
Posted by 12kyle at 12:00:00 AM 1 comment: 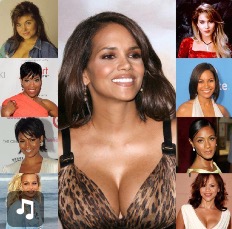 I recently joined my boy, eclectik, for another of the edition of his Rushmore series on his podcast.

Another in the Rushmore series ... this time, women ... women of the 90s, @12Kyle and I pick who we thought the most beautiful women of the 90s were and which four would be on our personal Rushmore. We did movie actresses AND television ...

Who's on your Rushmore? Let us know.

You can LISTEN on SoundCloud by clicking the link below...