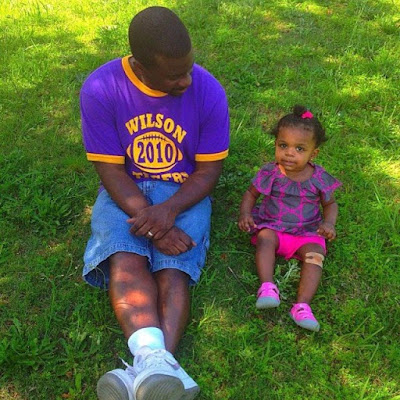 We took this picture almost 7 years ago. It's funny how the time is flying by. This is one of my favorite pictures of us together.

She was a toddler then. Now she's a 2nd grader.

She couldn't really talk back then. Now, she talks almost as much as I do. And I love our conversations

Back then, she was learning to walk. Now she runs everywhere she goes.

When I look at this picture, I remember how those brown eyes would turn me into mush. Nowadays, it's the same...but worse. LOL. She's figured out that she runs our house. She runs me and her older brothers.

I'm the oldest. She's the youngest. So, I don't know what that feels like.

No matter what happens each day, one of the best feelings is to see her face and that smile and hear her say "Hi Daddy!" You can't put a price tag on that.

I'm certain that puberty, boys, and other things will challenge us as time goes on. But we'll grow and adapt.

And we'll be just like we were in this picture... 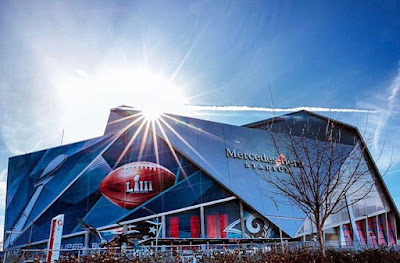 To say that the Super Bowl was boring… Is an understatement

Was it the worst Super Bowl ever? No. But, it was probably the least entertaining that I’ve seen

I am a diehard football fan. And it was a boring game to me. I can only imagine what it was like for the casual fan.

I think my city did a great job of hosting the Super Bowl. I speak for all of the city when I say thanks for coming and have a safe trip home. You can’t stay here… We are full!

That said… It will still be the most watched TV program this year. So, even when the NFL loses, they win

I’ll keep it a bean...the Saints would have provided a much more entertaining game. With they have beaten New England? I don’t know. But it would have been a better game. I feel pretty confident in saying that.

Rams head coach Sean McVay said that he was out coached by Bill Belichick. Duhhhhhhhhhh

Saints fans should be mad. I get it. But at SOME point, you’ve gotta move on.

Belichick ran a clinic in that Super Bowl

Allow me to let you in on a little secret… Todd Gurley was hurt. He’s been hurt since they beat the Cowboys. I’m not sure why the Rams were acting like he wasn’t hurt...he was

Other than the threat of snow on Tuesday, the weather in Atlanta for Super Bowl week was pretty good. It was 63° on Super Bowl Sunday. They even opened the roof of Mercedes-Benz Stadium during the national anthem so that people could see the jets fly over the stadium.

People are still boycotting the Super Bowl for Colin Kaepernick? I didn’t know that. I'm curious...how many DIEHARD football fans do you know that are boycotting the NFL? I mean the diehard fans who are financially invested in a team. Do you know of any? I don't. Maybe it's just me but everybody who I know that has boycotted the NFL appears to be a casual fan.

I don’t begrudge anyone who decides to not watch The NFL because of how they have blackballed Kaep. That is their choice. I guess they won’t ever watch football again because he’s never playing in the NFL again. And he knows that.

That said… He will win his collusion case against the NFL.

Question...did Kaep ever say "Don't watch the NFL?" I don't know if he did or he didn't. He really hasn't said much. Maybe...just maybe...folks on social media decided not to watch the NFL and Kaep still watches it.

My boy, Ken, pointed this out to us in our Dead End Sports group text... 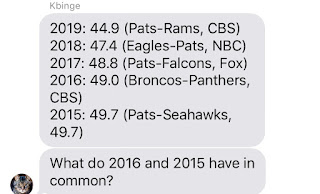 Brady (age 41) and Belichick (age 66) are the oldest quarterback and coach to win a Super Bowl. I’m pretty sure that they will be favored to win it all next year. But the Patriots reign past to end at some point, right

How in the hell do you only score 3 points in the biggest game of your life?

Congrats to the Defensive Rookie of the Year… Darius Leonard! I am extremely proud of this young man. Like me, he is a proud alum of South Carolina State University 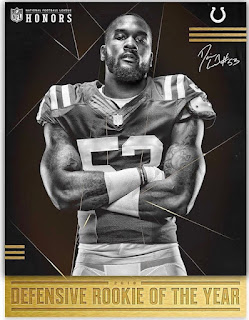 Also, congrats to the newest members of the Pro football Hall of Fame

Julian Edelman is not a Hall of Fame wide receiver! Isaac Bruce, who should’ve been in the Hall of Fame years ago, is still waiting to get in. Edelman couldn’t hold Bruce’s jockstrap…

Speaking of the Hall of Fame...my uncle, Harry Carson, is in the Pro Football Hall of Fame. When he played with the New York Giants, his defensive co-ordinator was Bill Belichick. A few years ago, I asked him what makes Belichick so special as a coach. He said... "With Bill, you were always prepared. He pays attention to every detail. We were so prepared from practice and film study that when you got in the game, there was nothing that you wouldn't see that he hadn't prepared you for." After 6 Super Bowl rings with the Patriots, I can believe that. 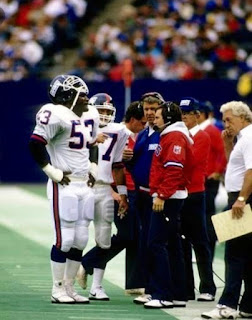 He also said that Bill was very funny.

Now THAT I find hard to believe!!!! 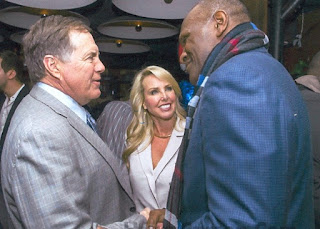 It had to be dope to be in Mercedes Benz Stadium and pay less than five dollars for a hot dog soda and some chips.

Holding someone’s jockstrap is a figure of speech… I don’t mean that literally. LOL

It couldn’t have been dope to pay $3000 for a seat in the nosebleed section and watch your team score 3 points.

I think the commentary from Tony Romo kept people awake

I saw pieces of the halftime show. I’m not sure what it was that I was looking at. It wasn’t that good

That was another thing… People were mad at Big Boi for performing at the Super Bowl in his hometown. I wasn’t mad at him. But that was an underwhelming performance.

I don’t really pay attention to commercials during the Super Bowl. But this is the only one that I really liked that I can actually remember seeing. This was pretty dope...

Speaking of halftime shows, the best performances that I’ve seen were prince and Beyoncé. Unfortunately, neither of them will ever perform at another Super Bowl

For as great as Tom Brady is, that performance in the Super Bowl was pretty awful.

Hey Jared Goff... you stunk too. You were worse than Brady

The Rams were one of the highest scoring teams in the NFL this season. And yet they only scored three more points then me and you

With 16 combined points, The Rams and the patriots set a Super Bowl record for the fewest points scored

The patriots are losing their linebackers coach, Brian Florez, who will become the new head coach of the Miami Dolphins #probrutha 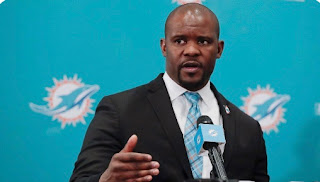 I think it’s pretty cool when they drop the top on the Benz. I went to a few games this year for the Falcons. When the top is open, it looks pretty dope 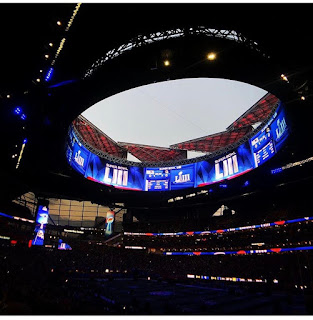 There was talk about the roof being opened for the entire game. I don’t know if that can happen when you are having the Super Bowl in February in Atlanta. is it possible going forward? Maybe. It will be 76° tomorrow. Go figure! 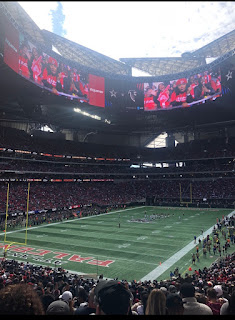 Josh Gordon, even while being suspended by the NFL for substance abuse, will get a Super Bowl ring from the New England Patriots

If I told you before the game that New England would only score 13 points, you would think that they would lose the game. The Rams defense was stellar! Their offense didn’t help them out at all

And just like that… The season is over. My girlfriend is gone until July what are we gonna do now??? 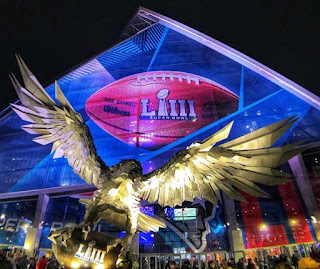 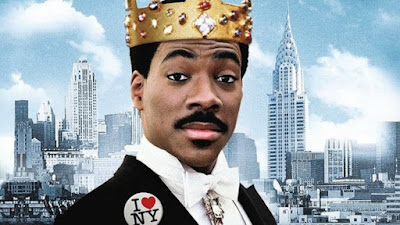 I'm not sure who came up with this idea.

Maybe they THOUGHT that it was a great idea.

I'm sure that's what they thought.


Last month, it was announced that Eddie Murphy would be returning to the big screen as Prince Akeem for the sequel to Coming to America. The original smash movie made it's debut 30 years ago in 1988. In a released statement, Eddie Murphy said...

"After many years of anticipation, I'm thrilled that Coming to America 2 is officially moving forward... We've assembled a great team that will be led by Craig Brewer, who just did an amazing job on Dolemite, and I'm looking forward to bringing all these classic and beloved characters back to the big screen."

It was also revealed that Kenya Barris, the creator of black-ish (one of my favorite shows), will be writing the screenplay.

When I heard this news, I immediately slumped in my seat. Anybody that knows me...knows that this is my favorite comedy of all time! I remember going to movie theaters back in '88 to see the movie. I also remember watching it a gazillion times on HBO. Like most fans of this movie, I know EVERY line from this movie. This movie was a cultural event. Even to this day, when this movie comes on tv, I will sit and watch it as if I've never seen it. To say that I love this movie, it's an understatement.

They don't need to make a sequel. This movie is perfect just the way that it is. I really don't know that you can "re-create" the magic from 1988. While Eddie Murphy is one of the greatest comedians we've ever seen, I don't know if he can pull this off. I mean...when is the last time we've seen Eddie Murphy be REALLY funny? It's been a minute. I'm all for nostalgia but I just don't know about this one. Sometimes things can be better the second time around when it comes to movies. I don't think that can/will happen here. If I think this movie was perfect, how do you duplicate perfection. You can't.

Who am I fooling? I'll probably go to see it. My expectations will be very low but I'll go. Can a movie that was dope 30 years ago be dope the 2nd time around????